In this white paper, we will discuss possible upgrades for the transfer switch assembly on the Westinghouse UTT Series load tap changer (LTC). These upgrades address areas of the transfer switch that are prone to failure due to overheating and carbon buildup and are applicable to the UTT, UTT-A, UTT-A70 and UTT-B models. Form, fit, and function of these upgrades are of the highest quality available.

Each phase of a 3-phase UTT LTC contains two transfer switch assemblies. Figure 1 below contains 3-D models of individual phase panels for each of the different UTT Series LTC models. Red arrows indicate areas where overheating and coking typically occur. These arrows also help visually identify areas where differences exist in the individual model designs. Additionally, the area of the phase panel that includes the transfer switches has been identified in a red rectangle. 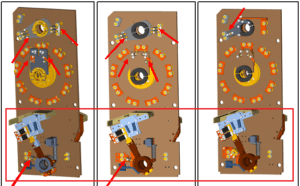 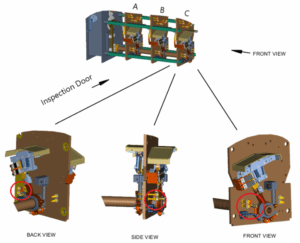