The two primary motivators in efficient dry out of cellulose insulation are temperature and vacuum. SPX Transformer Solutions’ vapor phase dry out technology optimizes both of these, making it one of the most efficient methods to deplete power transformer internals of degrading moisture.

Our systems are designed to optimize heat transfer, insulation stress and process time. The excellent heat distribution and higher operating temperatures of the vapor phase process are vital factors in its ability to maximize paper-oil dielectric properties. Higher operating temperatures are possible as the entire process is done under an oxygen-depleted atmosphere, thereby not accelerating aging of the insulation. 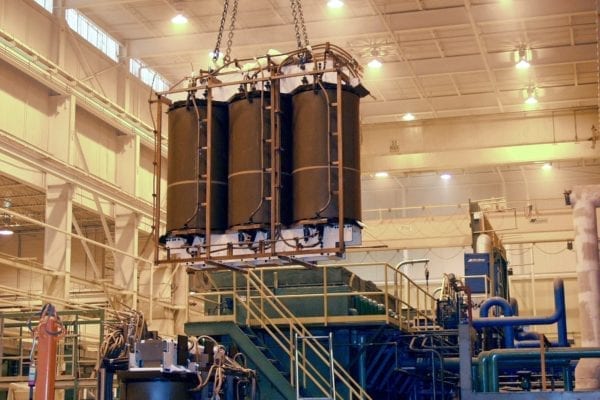 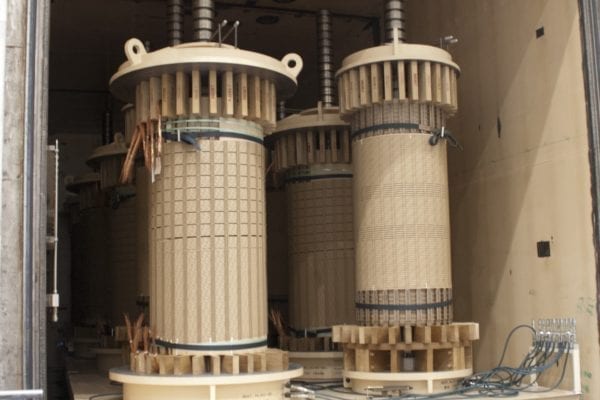 Final dry out begins by loading the entire core and coil assembly into one of SPX Transformer Solutions vapor phase vacuum chambers. The cycle begins by evacuating the chamber to a low pressure, removing the majority of oxygen from the atmosphere. At this point, solvent vapor is introduced which begins to condense on the core and coil. As this vapor condenses, it transfers its latent heat which results in a consistent and even heating of the transformer internal assembly. Once process temperatures have stabilized, the system begins its high vacuum cycles, further reducing the pressure below 0.5 torr. Moisture removal begins during the heating cycles and progresses through the remaining vacuum cycles.

After a thorough final inspection, the assembly is immediately tanked and covered with transformer oil to inhibit moisture absorption. The oil is again drained and the transformer placed on high vacuum to remove any surface moisture. Vacuum-filling the transformer with hot processed transformer oil for its final impregnation follows, and, after appropriate “sit time”, electrical testing begins.

Many advantages exist by using a vapor phase process in the manufacture of power transformers: