James Harris, the company’s most tenured employee, is a warm, soft-spoken man who was open and reflective on his early days at the Goldsboro facility, although also taken aback at the realization that over 50 years have passed since this chapter of his life began. James has actually worked for SPX Transformer Solutions longer than the current Goldsboro plant has been in operation!

James’ first job for what was then Hevi-Duty was as a stacker in the Core & Coil Department, starting out at the James Street location in Goldsboro as the US Highway 117 South facility was being built. He currently works in the Shipping Department, making sure transformers are, as he calls it, “Showroom Ready” before delivery to the customers.

Although James struggled to remember specifics, he was delighted to share some personal thoughts while offering words of wisdom for the generation of workers that follows him. His face lit up as he fondly recalled more than 50 years of heartfelt memories.

James mentioned people who stood out to him over the years. Laughingly, he said, “Bill Walters was one of my many supervisors. I always felt he was giving me the most difficult tasks on the floor. He was the one supervisor that consistently pushed me toward excellence, even if I didn’t realize that was what he was doing at the time.”

Reflecting on the biggest changes at the facility over his half century of service, James realized they were all around technology and safety, notably the movement to synthetic lifting slings from steel chains. “Before synthetic slings, we literally moved everything with chains that were sometimes heavier than the transformer we were trying to move. It was very hard work. Now we have tools that can do the work of many – and make the job much safer.” He went on to say, “Years ago, we only had steel-toe shoes, simple hard hats and safety glasses – that was the extent of our PPE (Personal Protective Equipment). Now we have harnesses, cut resistant gloves, better quality hard hats and many other safety devices to help protect us.”

Since safety is the company’s number one priority, we asked James to offer insight into how he has remained injury-free throughout his career. James says passionately, “I am very cautious, and I stay aware of my surroundings at all times and the task at-hand. I speak up when I see co-workers doing things that aren’t safe. Many team members listen and heed my words.” When asked if he had any advice for the younger, less experienced workers, James simply replied, “Slow down, stay focused, stay positive – stay safe.”

Changes in management, processes and equipment are inevitable in all businesses, especially over such a long period of time. James explained his ability to successfully adjust, “I go with the flow. I understand that this is a business and I am a small, but important part. The company’s overall success, in part, is because of the many team members like me.” He continued, “Change is necessary to grow, and this company has grown over and over since I started 50+ years ago.”

James also reflected on some major personal transitions over the last 50 years. “It’s only me in the house now. The kids have grown up and gone out on their own, my wife has since passed. So, this company is like my second family.” He credits the company for not only giving him a place where he feels at home, but for its role in allowing him to provide a good life for his family, including putting his children through college.

James’ strong faith, kind spirit and desire to make a difference keep him active and motivated. “Many church activities keep me busy when I am not at work. I enjoy going out into the community and visiting with the sick and shut ins. I feel a real sense of purpose when helping others.” He continues, “I am mostly motivated by the care and concern I have for other people and the pride I feel in doing a job well. Working at SPX provides me with a sense of pride because of the high quality, important work we do here.”

Throughout the changes in ownership, company names and advancements in technology, James Harris remains the same hard-working team member he was on December 7, 1966, when he walked through the doors for the first time.

Thanks, James, for all your contributions – in the past and those yet to come! 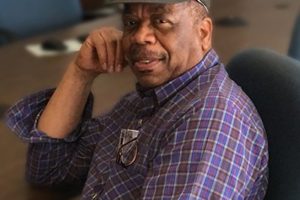 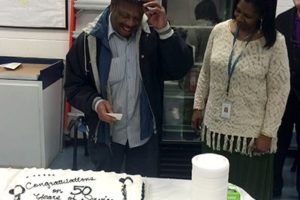 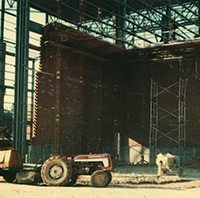 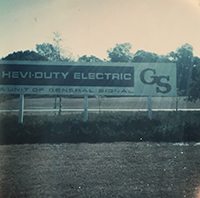