Just eight weeks after Bill Weidner won 1st place in the Eastern Carolina Safety Council’s Safety Talk Contest in Wilson, North Carolina, he represented SPX Transformer Solutions and the regional council at the statewide competition and took home top prize for his original Safety Talk entitled, “You Don’t Know or You Don’t Care.” First prize included a large engraved plaque and a catalog from which Bill will select a prize.

This year’s state competition included a total of four presenters, and topics ranged from bloodborne pathogens to forklift/pedestrian safety. Bill Weidner, 2nd shift assembler at our Goldsboro plant, developed his presentation based on personal experiences handling and delivering bombs to fighter planes while serving on the U.S. Air Force’s flight line. Bill had a clear takeaway in mind from the beginning. “People seem to focus more on the ‘Don’t Know, Don’t Care’ part of my speech, but the real point is that safety should be involuntary, like the example I use about wearing a seatbelt. It is something you should just do and not even think about,” said Bill. His other emphasis was on giving clear examples that would resonate with the audience to drive them to action. “My buddy who is mentioned in my presentation was excited that his story could keep someone else from getting hurt by getting the word out about his experience. People that don’t follow safety precautions are usually complacent because they don’t think anything bad could happen to them. Hearing a real life example of how bad things can happen will hopefully guide them to do the right thing.”

If he could do the speech over again, Bill noted he would stress the point his C-17 crew example was meant to make. “I feel a critical message in my presentation was that if anyone tries to tell you to do something wrong or unsafe, you always have the right to refuse,” said Bill. “Never be afraid to speak up and say something if the advice or instructions you are given do not pass the initial ‘gut check’ for safety.”

The state competition took place on May 16th at the Joseph S. Koury Convention Center in Greensboro, North Carolina. Over 500 people attended the annual North Carolina Statewide Safety Conference, a three day event that included safety courses, training, exhibits and the final round of the statewide Safety Talk contest, where participants presented their winning regional speeches to an audience of their peers. While presenting in the convention center’s main auditorium, Bill’s thoughts were focused on making a difference and leaving a lasting impression on the large audience. His goal was for the listeners to remember some of his experiences and choose to make safety an automatic part of what they do on a daily basis. 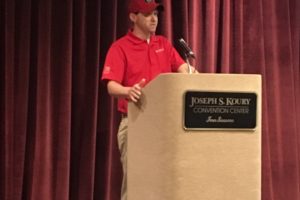 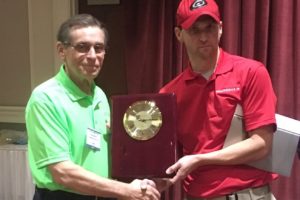 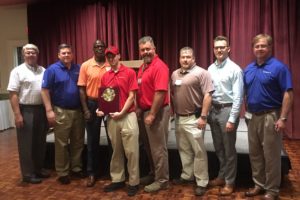